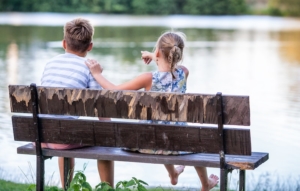 “Much of what people will see in the Word of God are the loving relationships they experience as they are lived out by God’s people.”[1]    Joey Bontifacio

I am still amazed at the attraction of the Jesus Film in much of the world. I thought people came because they wanted to see a movie. Some do. But something else connected with me while we were in Kenya. There was a larger reason behind people coming to the Jesus Film.

I couldn’t tell how people were responding to the film. We had technical difficulties during much of the opening which made it difficult to see and hear. The Maasai people stuck with us even though it must have been frustrating. At one-point Pastor Phillip picked up a microphone to tell the people what was going on in the film. Finally, after fiddling with the system for the first 20 minutes or so of the film, the sound finally came through.

We live in a culture where the vast majority of people are educated. But there is very little Bible knowledge. The first and primary way people will be exposed to God and to His Word is through you. You through your relationships with people both inside and outside of the church will be the primary method for people being exposed to who God is and what he has done for us.

Think about what the Bible says about impacting others through your relationships and witness.

14 “You are the light of the world. A town built on a hill cannot be hidden. 15 Neither do people light a lamp and put it under a bowl. Instead they put it on its stand, and it gives light to everyone in the house. 16 In the same way, let your light shine before others, that they may see your good deeds and glorify your Father in heaven.

11 Dear friends, I urge you, as foreigners and exiles, to abstain from sinful desires, which wage war against your soul. 12 Live such good lives among the pagans that, though they accuse you of doing wrong, they may see your good deeds and glorify God on the day he visits us.

2 And the things you have heard me say in the presence of many witnesses entrust to reliable people who will also be qualified to teach others.

The first way that people will often experience God is through a person who is committed to following Him.

Prayer Prompt: Father, may people see You in me. May they see your love, your grace, your forgiveness, and your patience in my life.