Last night was the final night of this conference!

One of the speakers last night was formerly the director of Missions for the Nazarene Church. He asked us the question “If you knew you could not fail what would you attempt to do for Jesus?

An interesting question… He went on to tell us about a Peruvian man whose wife had gotten cancer and was healed by God. After her healing he put his faith in Jesus and then started going to local villages around him. In 20 years the layman has planted 20 churches.

In the last few years 30 men have been martyred on Nazarene Mission fields in closed countries. There spilled blood has not been without victory though. There are 27 underground churches for each martyr.

55 Million people have seen the Jesus film through the Church of the Nazarene and 35,000 churches have been planted using Jesus Film tools.

I wonder what we could do with these tools? How can we leverage these innovative tools on the mission fields we work, not to mention in our own community and surrounding area?

Many of you have heard of the lost boys of Sudan. When war broke out in Sudan whole villages were wiped out, every village member killed. The only survivors were the boys who were out tending sheep and goats. When the United Nations went in they found thousands and thousands of these boys most 8-12 years old. 10,000 of those boys were relocated to the United States.

One of those boys was adopted by a Christian couple in Pennsylvania and later went to Eastern College (A Christian College). Over the years he had kept contact with many of the other boys.

A Jesus Film representative while visiting the college had heard the young man’s testimony. In 1987, Sudan’s Muslim government pronounced death to all males in the Christian south: 27,000 boys fled to Ethiopia on foot. In 1991, they were forced to flee to Kenya; 12,000 survived to live in a U.N. camp in Kakuma. The young man had accepted Christ in a United Nations relocation camp after seeing the Jesus Film.

Today, he and a large group of other “Lost Boys”, are going back to Sudan to show the Jesus film to their people. Eastern College is funding the entire cost!

In the Amazon region of South America there are more than 300 groups of people who need the gospel in their language. The Jesus Film may be the only film they ever see, not to mention in their own language. 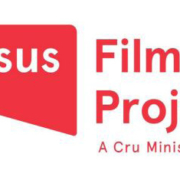 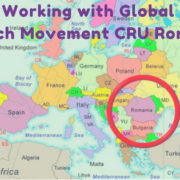 Biblical Friendship: The Foundation of All Good Friendships
Scroll to top